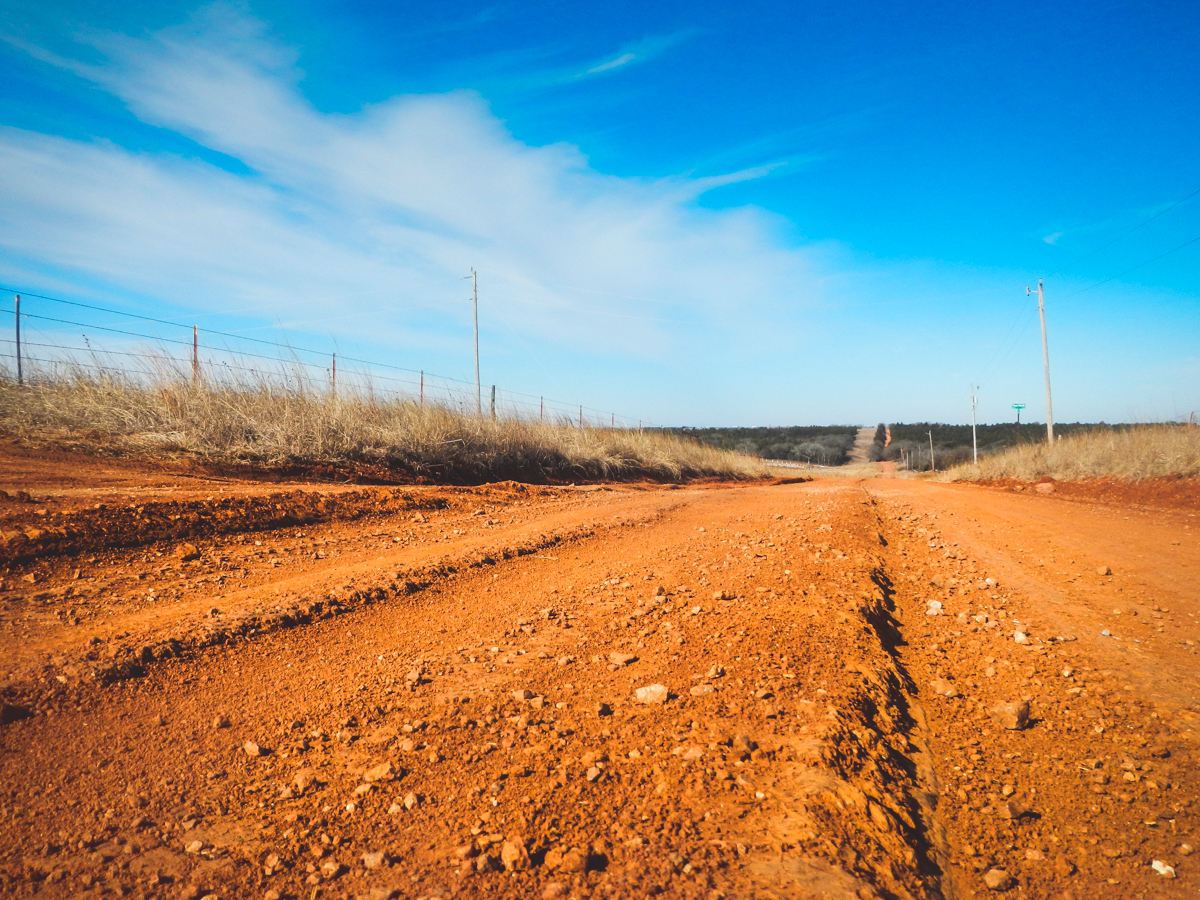 **See our newest episode of our VLOG on our YouTube Channel**

When Rachael and I get an idea or a goal in our head, it is difficult to get it out without going after it. (Flashback to 2016) We wanted to ride a gravel bike ride together and we set out to do just that. Rachael had already ridden in the notorious Dirty Kanza gravel race in Emporia, KS and I had never raced gravel. To be honest, I had never entered a bike race until the Land Run 100 in 2017. We signed up to ride in the Land Run 100 and began training. We threw together around 3 months of training on mixed surfaces with distances reaching around 80 miles. We felt prepared and ready for the race when we pulled into Stillwater. Man, were we wrong.

The night before the 2017 race was to begin, a storm system moved into Western Oklahoma and brought with it rain, hail, sleet, and freezing temperatures. If you were fast or lucky enough, you outran the rain and missed most of the freeing temps. We were neither. We had two flats in the first twenty miles which soaked us to the bone and made navigating the rutted, muddy, red dirt roads nearly impossible. Tires became caked with clay-like mud, chains were conveyor belts for muck, and functioning rear derailleurs became all but a distant memory. The most common tool used to clear mud from a rider’s bike, a paint mixing stick provided in the pre-race goody bag.

On top of the mechanical issues, the weather became an obstacle in itself. Temperatures hovered around 30°, winds whipped to 15 miles per hour, and an unpleasant mixture of rain, hail, and sleet fell from the sky at will. The majority of the 1000 riders that started the race did not show up ready to ride in these conditions, and only 135 of them finished. Many rode in shorts, fingerless gloves, and even some road in sleeveless shirts. After our tire changes and enduring around thirty miles of these conditions, we couldn’t even manage to shift our bikes; not like they would actually shift anyways. We called for a SAG (Support and Gear) to come pick us up out of the root cellar that we had commandeered for shelter. SAG’s are support volunteers that in this case, drive their lifted Jeeps into the bowels of hell to pull unprepared cyclists to safety, or to the nearest truck stop/Red Cross triage station. Once at the truck stop, we were given an emergency blanket, a cup of coffee, and a ride back to Stillwater, defeated.

(Flash forward to the present) We knew that we needed redemption at Land Run and set out to finish a race that still challenged us, without nearly killing us. We made plans to enter the 50-mile route, half of what we attempted the year previous. The Land Run literature describes this event as “not a race”, it’s a fun-run and we were okay with that. We knew that if we took similar bikes on our redemption ride, we would likely break something and still get SAG’d. We chose to ride single speed. One gear. This way if the mud was brutal and caked on our bikes, we would not have any drivetrain parts to break. Just 2 gears and a chain. We upgraded our clothing and came to Stillwater with neoprene gloves and many more layers. We were over-prepared for what was to come.

We arrived in Stillwater on St. Patrick’s Day weekend to the same warm, welcoming spirit that often comes with a trip to the Land Run 100. The weather was beautiful, the ground was dry, and if there were perfect conditions to run gears at Land Run, this was the year. We, however, were running single speed bikes on one of the fastest Land Run courses to date. There hadn’t been rainfall in weeks, temperatures were set to be in the 60’s during the race, and the sun was shining.

The race began with a traditional cannonball out of the same cannon used to start Oklahoma State University football games and the 1000+ riders took off out of downtown Stillwater. The 100-milers were destined for a Guthrie, OK turnaround and the 50-milers were slated to turn around at Mulhall, OK. Following a police escort out of town, the gaggle of riders hit gravel around mile 3 and the dust cloud rose into the windy Oklahoma air. Shortly thereafter, mile 4 to be exact, Rachael’s chain picked up a pebble and bent a chain link. We spent the next 15 miles trying to repair her chain with the limited tools that we had at our disposal. One tool to rule them all: spare chain links. We borrowed tools and spare parts from very gracious fellow riders and limped in the half-way point.

Once we rolled into Mulhall we were greeted with gummi bears, the most delicious ginger ale, and chocolate candies galore, but no spare chain links. We developed a system as we limped to mile 25 that involved cruising the downhills and flats and walking the steepest hills. This kept most of the tension off of Rachael’s chain and allowed my legs to rest a little. We decided to use this strategy to work our way back to Stillwater. We slowly worked our way back to town passing a lot of the riders that passed us early in the race. The gearing of our bikes allowed us to move faster uphill than most geared riders and still cruise the downhills at a fast pace. Rachael’s chain failed to malfunction on the return trip to town.

We were greeted at the finish line by a crowd of screaming people, a hug from District Bicycle co-owner and Land Run 100 founder Bobby Wintle, and a cold Iron Monk beer that tasted better than any beer that I have ever had. These fans of cycling were cheering for everyone that crossed the finish line, as they should. These fans had no idea of the journey we had been on to find redemption on the red dirt of Western Oklahoma.

We will return to the Land Run 100 gravel race in the future, maybe even the 100-mile’r. There is something to be said about the movement that has grown out of the transformation of this college town into a destination for gravel cycling. Unlearnpavement is about leaving your baggage on the dirt and learning all that you can about yourself while you climb the rolling hills of Payne County and that is something that the Okienomads can get behind.