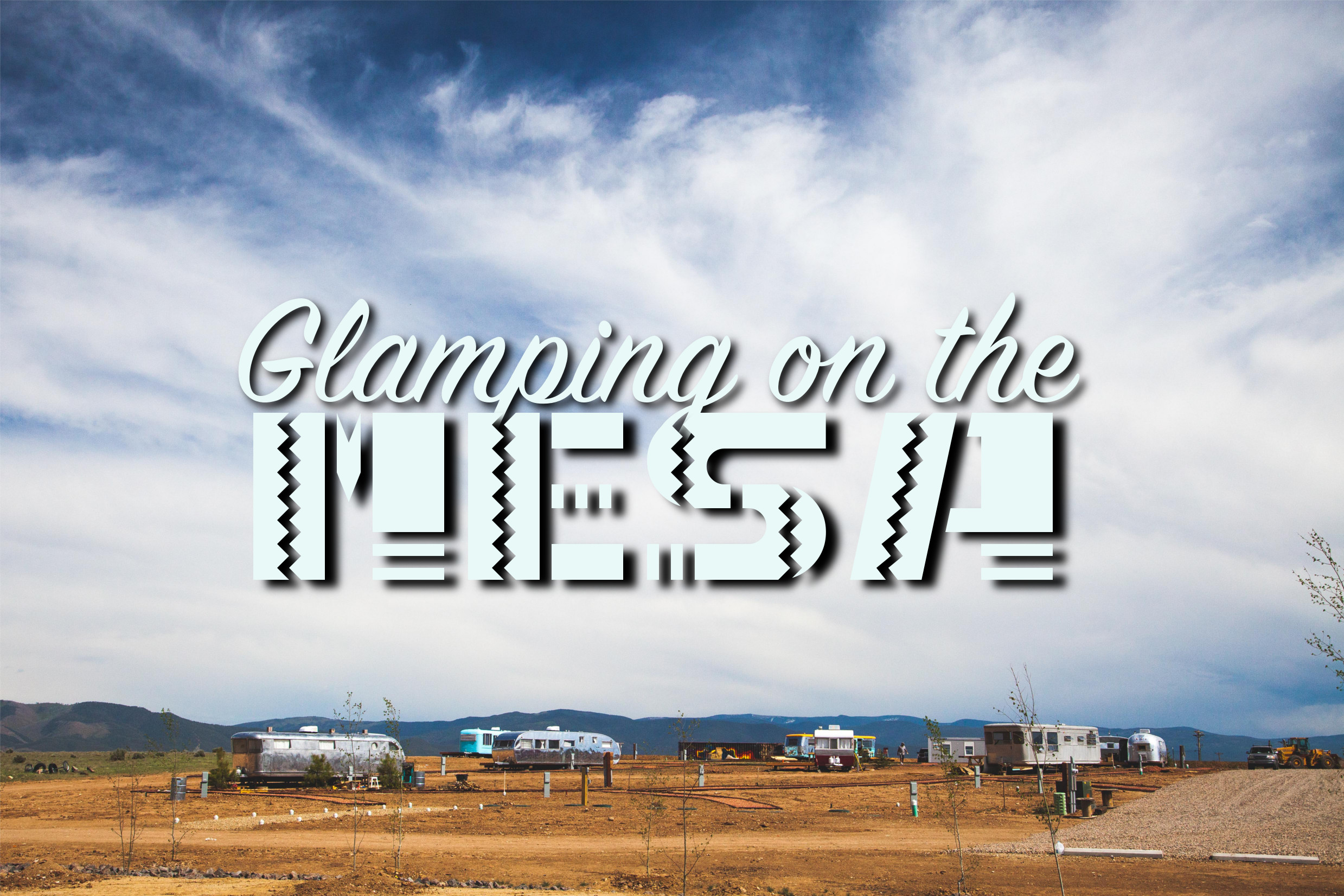 I will be honest: I don’t like paying for camping. On previous trips, we have avoided paid campgrounds by camping in a city park! However, that was before we were faced with a dilemma in Taos, NM. We had a grand campsite at the top of the tree-line, nestled next to a multi-million dollar home, but it was up in the mountains and we wanted to spend some time down on the mesa and enjoy Taos Mesa Brewing Co. and similar establishments in and around Taos.

Enter Hotel Luna Mystica and the Starlight Campground. These guys have done it right. First, they have brought in ten of the raddest, refurbished, vintage trailers from all around and hooked them up to modern utilities so you can glamp in style and comfort. For example, check out Ralphie, the 1962 Airstream Overlander.

Like all of the trailers at the hotel, Ralphie is outfitted with top of the line amenities including a FULL BATH! The interiors of these trailers have been completely redone and are simply works of art. There is a cookstove, coffee pot, and AC to make your stay as cozy as can be. Light up the fire pit out front and unwind from your day of adventuring with a nice fire and a pint from Taos Mesa Brewing.

If glamping isn’t your thing, the Starlight Campground is for you. We camped here before it was a campground and it was BEAUTIFUL! I can’t imagine what it’s like with all of the enhancements completed.

AND THEY HAVE A BUS! The chill bus was in fact, very chill. Tons of improvements have been made here since we were there in May 2017 including shade structures, trees to block the wind, and a shower house. Hotel Luna Mystica and Taos Mesa Brewing host many events throughout the year and camping is available at all of them. Check out the schedule on the brewery website when planning your trip.

The new sail shades and pad improvements make a huge difference as it is in the middle of a desert. The overall flow of the campground has a great vibe and is staffed with awesome people. Construction was going on when we were there on the trailers and one of the carpenters even gave us tips on a local mountain bike trail not far from there. It was a great spot and a highlight of the trip.

Perhaps the most important part of this location is its proximity to Taos Mesa Brewing. TMB has one of the most iconic buildings in the Taos area with the mothership and they offer live music every night of the week. When we were there we saw The Drunken Hearts and they put on a really good concert. The beer is brewed on-site and is spectacular. We sampled some up at the ski area a day or so before and were rewarded with more selection and awesome staff at the mothership. Once we finished some tacos and beer, we made our way across the street to our tent and crashed. The sound of coyotes in the distance put us right to sleep and waking up to the mountains made for a great way to wake up.

So whether you are shredding the local mountain bike trails (we recommend Horsethief Mountain Bike Trail) or skiing at Taos Ski Valley, Hotel Luna Mystica is right for you. How many people can honestly say that they have stayed in a vintage RV hotel?