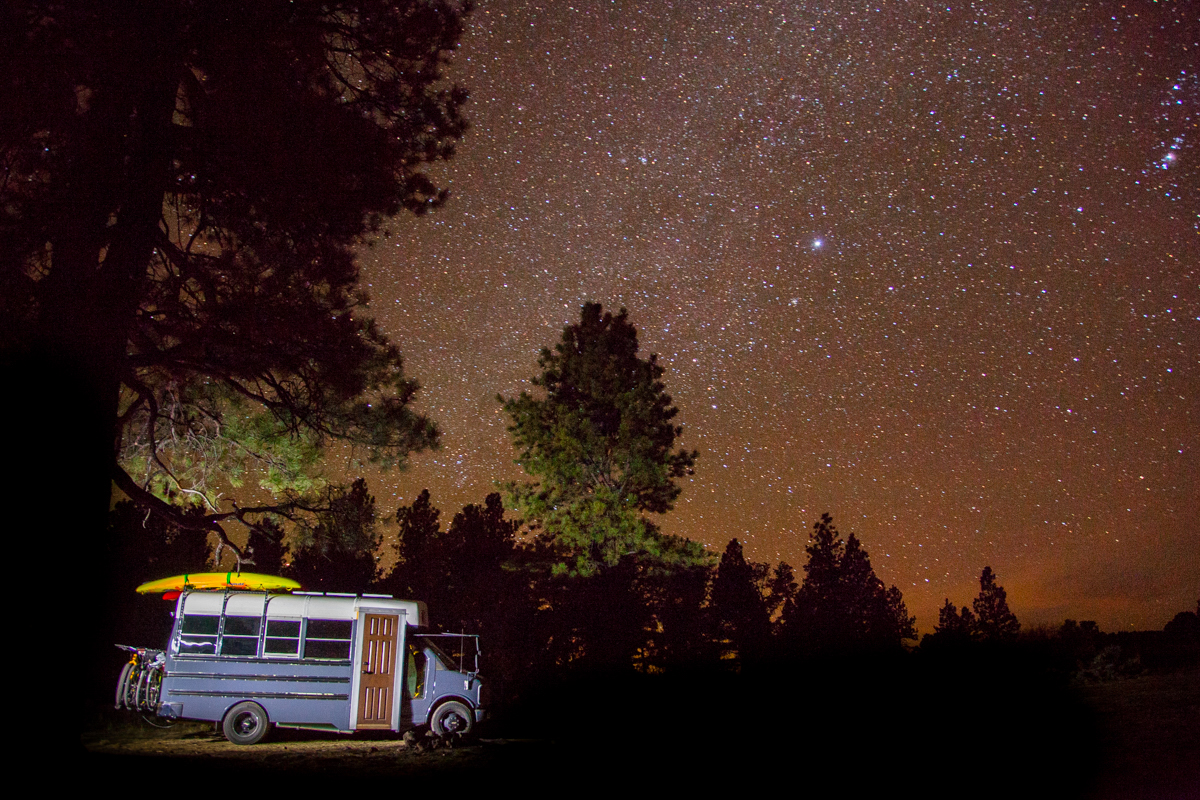 We had planned on pushing through to Durango, CO and instead opted to stay near Taos, NM in the Carson National Forest. We found this campsite at www.freecampsites.net and it was spectacular.

We are big fans of boon-docking and not paying for a campsite, but we also want to be out and away from town and other people. This spot was perfect for that. The pine trees create a very secluded feeling even though you could be a couple hundred yards from another camper. There was one other camper there when we stayed in early April 2018 and it was quiet!

The best part about this spot was that the ambient light from Taos, NM doesn’t quite drown out the stars like it does down on the Mesa. The result is a beautiful show!

There is much to do in the Taos, NM area including mountain biking, river rafting, skiing/snowboarding in the winter. If you get the chance, check out the Rio Grand River Gorge Bridge near this campsite.