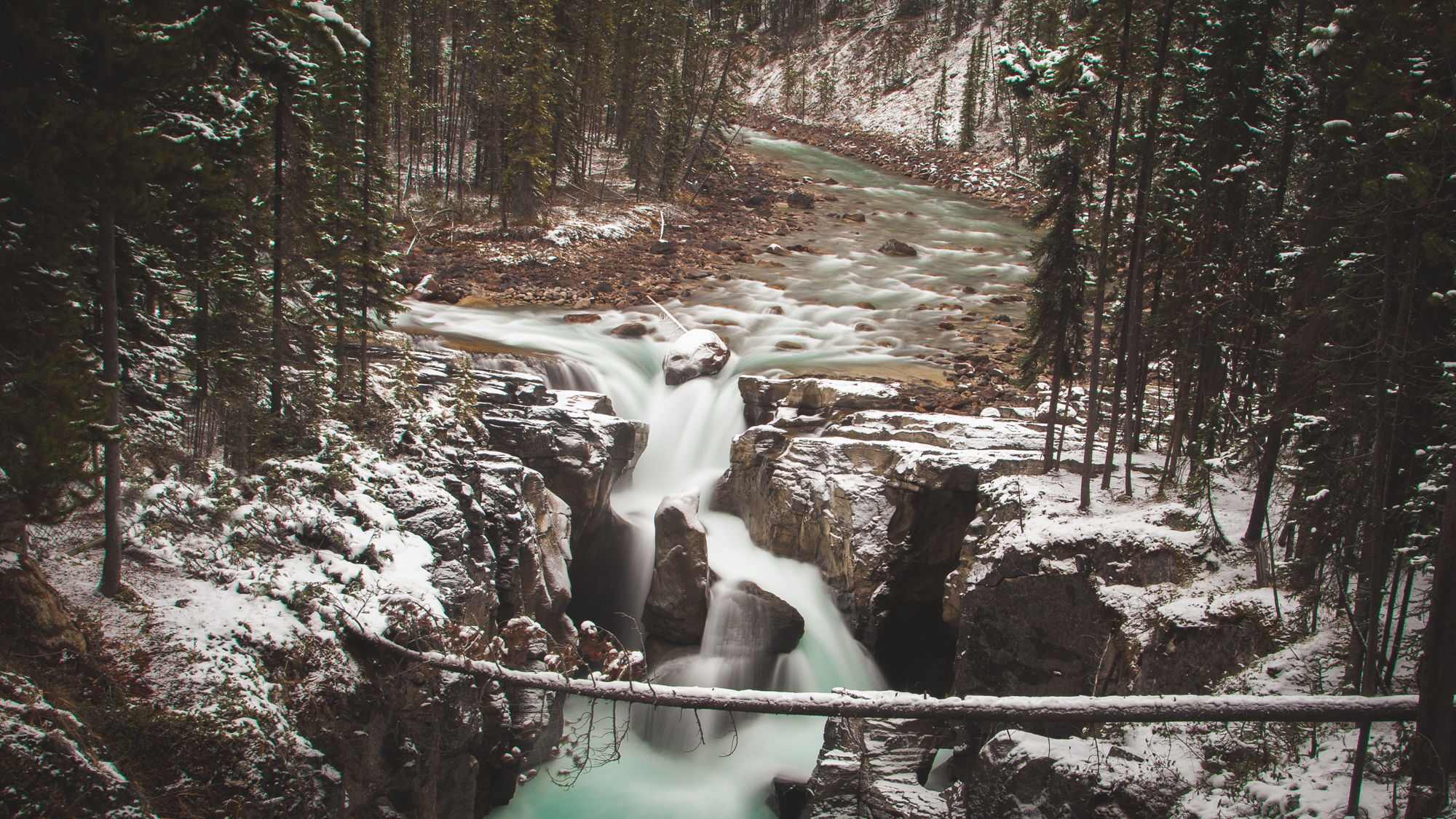 Before you read about one of the best and most iconic roads in North America, go read about our journey through Alberta in Bow Valley Parkway and Lake Louise and Banff, AB: Okienomad’s Trip Through Canada’s Oldest National Park.

Now onto this road. The Icefields Parkway is a 167 mile road that links Lake Louise to Jasper. The road winds and curves along pristine alpine rivers, over massive mountain passes and passed some of the coolest attractions in Canada.

We left out of our epic hillside parking spot and made the turn West and onto the Icefields Parkway.

Just after starting up one of the mountain passes, we were greeted by a herd of bighorn sheep crossing the road. These creatures did not remotely care that we were on the road. We let them pass and continued on up the hill.

We shortly stumbled upon the Columbia Icefield and proceeded to hike as close as we could before the crevices started. I was really taken aback by the glacier and how much it has retreated into the mountains since discovery. The date markers showing the toe of the glacier over time really convey the effects of global warming. I enjoyed the hike because of the beauty but was also humbled by the reality of what damage we have done to our planet. 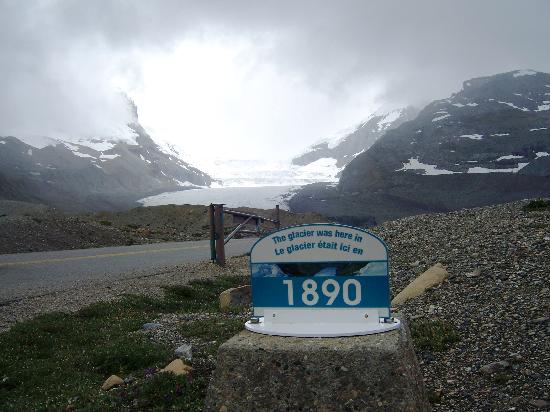 On our way up the Icefields Parkway, we somehow missed the turn off for Tangle Falls. We realized it shortly after we missed the sign, but decided to come back to it on our way back South. We were not disappointed. This waterfall looked like something on a tropical island. I can’t imagine what it looks like in the summer season. We met a man here, he was actually stopping to use the facilities, and he was on his way from Alaska to Idaho, solo, in a 2nd generation Nissan Xterra. I was a little jealous of the epic distance of his trip and also very nervous for him driving through the wilds of North America through the night on his own.

We continued down the parkway toward Athabasca Falls, aptly named for the river that feeds the falls. The falls were incredible and what we missed seeing over the horizon due to the fog, we made up for in snow-covered trees bordering the river.

Racheal and I attempted to follow a trail around to the lower falls, but ended up on an old rail track and followed it a little ways into the forest. We returned to take in one more look at the falls and head toward Jasper.

This road is iconic and epic due to the sweeping views and the beautiful natural features that litter the landscape. If you are traveling the Icefields Parkway, I encourage you to take two days to see this road, especially during the summer season. If you feel like turning off and getting a picture, do it. We stopped for a lot of pictures of the road and I still wish we had stopped for more. There are so many beautiful scenes to see, TAKE YOUR TIME!

We made our way to Sunwapta Falls, a Class VI waterfall with a drop of 60ft. I would have loved to see someone ride a kayak through this set of falls as it is impressive in size and volume. I encourage you to visit this (and any other iconic sights) early in the morning. If you can be the first one there as the sun comes up, you will miss the hoards of tourists that bus in during the day. It became difficult to even setup a shot at Sunwapta due to the masses of people during the week in mid-October. Nevertheless, it was beautiful and well worth the stop.

We met the nicest woman from Ontario while we were hiking around the falls. She was visiting her son in Alberta and decided to stop at some sights along the way. Meeting people on the road is one of our favorite elements of long-term travel. We are contemplating making a business card so we can stay in touch with people that we meet on the road.

We pulled into the Jasper area close to dark, so we got the RV parked and paid for in the Wapiti Campground. Similar to Tunnel Mountain II in Banff, Wapiti is a massive campground. Be warned, during the winter months, there is not water fill or dump station at Wapiti, it is strictly an electric-only site. We were not alone at Wapiti, but the shore power and warm, clean showers were worth the $25USD that we paid to park in a parking lot with other RV’s. We will tell the story of our time in Jasper in another post, stay tuned.

Thank you so very much for taking the time out of your day to read about our adventures and view our photos. If you haven’t yet, please take a couple more minutes to follow us on Instagram and subscribe to our channel on YouTube. Take a look around our website and if you see anything you like or have any suggestions, please let us know by commenting or e-mailing us at okienomads@gmail.com.