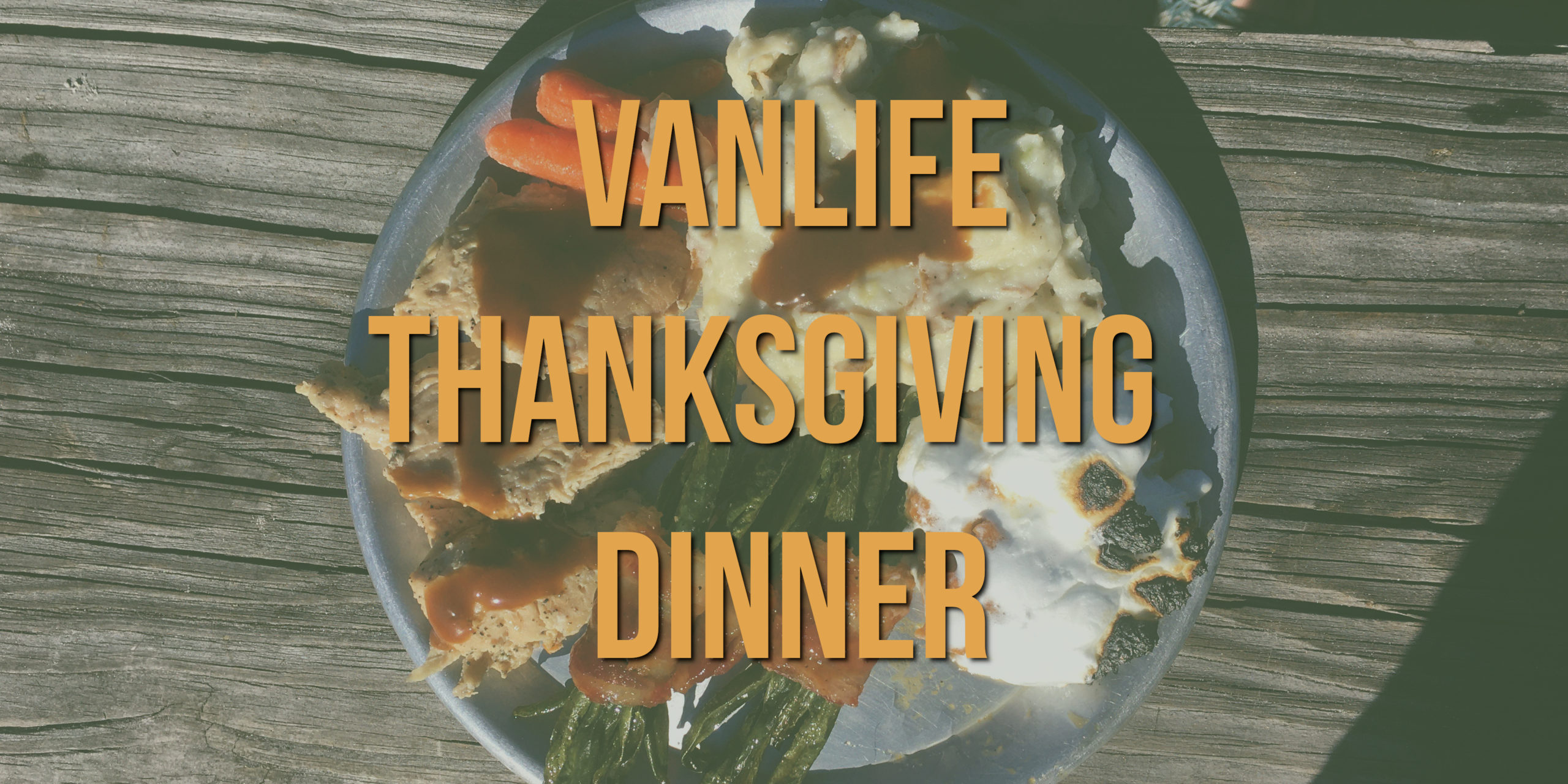 2019 has been a year of new experiences, being in new places and having new stories to tell. So to keep with the idea of new, we celebrated Thanksgiving on a beach in Florida. This is a first for both of us, but hey, 2019 has been all about firsts!

However, I can only handle so much newness, so the meal will be traditional.

To be proactive and not cook everything on Thursday, I made the Pumpkin Pie Wednesday evening. I love our new Camp Chef oven! Not wanting to try pie dough in the bus, I did something very out of the ordinary. I bought a pie crust, shh, don’t tell my mom! Wal-Mart had a ready made gluten free crust and it tasted just fine. Not homemade, but still good.

Thursday morning was beautiful, the sun was shining and we watched dolphins swim next to a ship while we drank our morning coffee. Turkey prep began. Turkey is in the oven, cooking and smelling wonderful. Next step, sweet potatoes. While the water is heating up I step outside. When I come back in there is an odd smell and I look and look. Then I notice the water isn’t boiling and it should be by now. Then I notice there is no blue flame. Discussion begins and we realize the last time the propane was changed was in Nova Scotia, in August. Good news, the Camp Chef is way more efficient than the traditional Coleman. Bad news, it’s Thanksgiving, I have ingredients everywhere and neither of us want to move the bus to search for propane, on Thanksgiving. So, the trusty Coleman is pulled out of the back and put back into commission. It came in clutch, everything in our Thanksgiving feast, except the Pumpkin Pie, was made on the Coleman camp stove!

The turkey was cooked in the cast iron. Mashed potatoes and gravy were always a stove top item. Instead of baking the bacon wrapped green beans, they were cooked with the lid on. It ended up caramelizing the butter/brown sugar mixture much better than the oven ever has. Then the sweet potatoes were mixed and cooked on the stove top. We still wanted the marshmallows to be browned, so out came the MSR Pocket Rocket. We used it like a creme brûlée torch and it worked!

After stuffing ourselves we took a leisurely stroll down the beach. We spotted several types of birds, saw a few fish jump and then watched as two dolphins played. Sharing Thanksgiving together was a special day and one that we won’t forget!