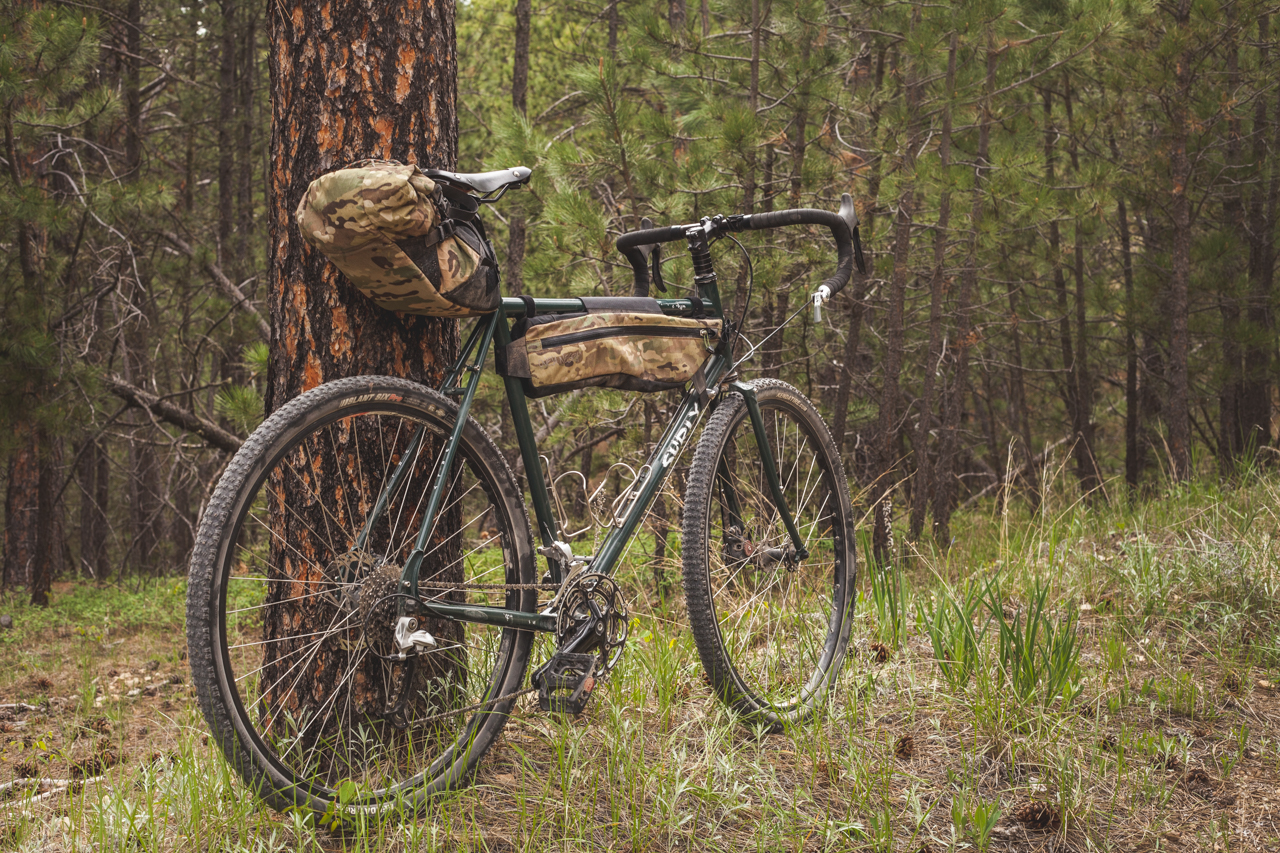 This is my initial impression of owning and riding the Surly Disc Trucker. I am not affiliated with Surly in any way. I have been searching for a used version of this bike for a few years and I finally found one in Montana and shipped it across country for a steal of a deal. I will post a long term review after peddling the DT for a considerable time and update with a link here. Although my riding experience is with a 2012 model that I purchased used, I will be using specs from the current new Surly Disc Trucker.

Bike tourers have long since flocked to the Surly Long Haul Trucker (LHT) as a reliable, strong, and simple touring bike for excursions across continents or for grocery runs down the street. Surly upped the ante in the mid 2010’s with the introduction of the Surly Disc Trucker, the disc version of the Long Haul Trucker. Similarities abound between the two bikes with the major difference being the braking system. The LHT is equipped with V-brakes and is compatible with cantilever brakes whereas the DT uses a mechanical disc brake system.

The DT is available in 26″ tires for smaller framed riders as well as 700c tires for normal to tall riders. The biggest area that Surly was ahead of the game is what they call “Fatties Fit Fine”, a slogan printed on the side of the bike meaning that larger than normal tires fit this bike. The 26″ version can fit up to 26×2.1″ tires (with or w/out fenders) and the 700c version can fit 700×50 or 29×2.0″. I have fitted my DT with 29×1.8 Kenda Slant Six mountain bike tires and the size is perfect as a do-it-all one bike quiver. I can smash a long gravel ride or ride smooth single track with the same tires. I do have a spare set of wheels that will be equipped with touring tires in the mid-30c range for long tours or dirt road bikepacking without singletrack. The Alex Adventurer wheels that come on the Disc Trucker are solid and have been known to be setup tubeless with a ghetto setup and the right tires.

Components on the Trucker are high quality without jeopardizing the affordable nature of the bike. Compromises were made in places where possible (brake levers and saddle) and solid components were used in places that compromises shouldn’t exist (hubs and drivetrain). Most users are going to replace their saddle anyways as the WTB Volt is truly uncomfortable on long rides. I replaced my Trucker saddle with a Selle Anatomica. Expect a gear review on this saddle soon as it is my favorite all-around saddle for any riding activity.

What I Dislike About the Disk Trucker

Nothing. Seriously, nothing. I am a pretty critical person and I can find fault in almost any gear, but for what this bike is, it’s perfect for my uses. Obviously, components can be upgraded to suit your riding style or needs, but the bike is ready to go out of the box. If you expect speed and agility that comes from a carbon race bike, you will be disappointed. If you expect a squishy downhill bike, you will also be very sad. However, if you expect a solid, jack of all trades workhorse, you will enjoy getting on your Surly Disk Trucker everyday like I do.